This is a mixed media collage that started with an old, musty school map of Central and South America and a number of worn vintage table linens decorated with gorgeous needlework.

I saved what I could from the map by pulling the musty linen backing away from the paper. I focused on those countries of my husband’s/granddaughter’s heritage (Costa Rica, Amazon and Peru); as well as a country I have always wanted to visit: Argentina. 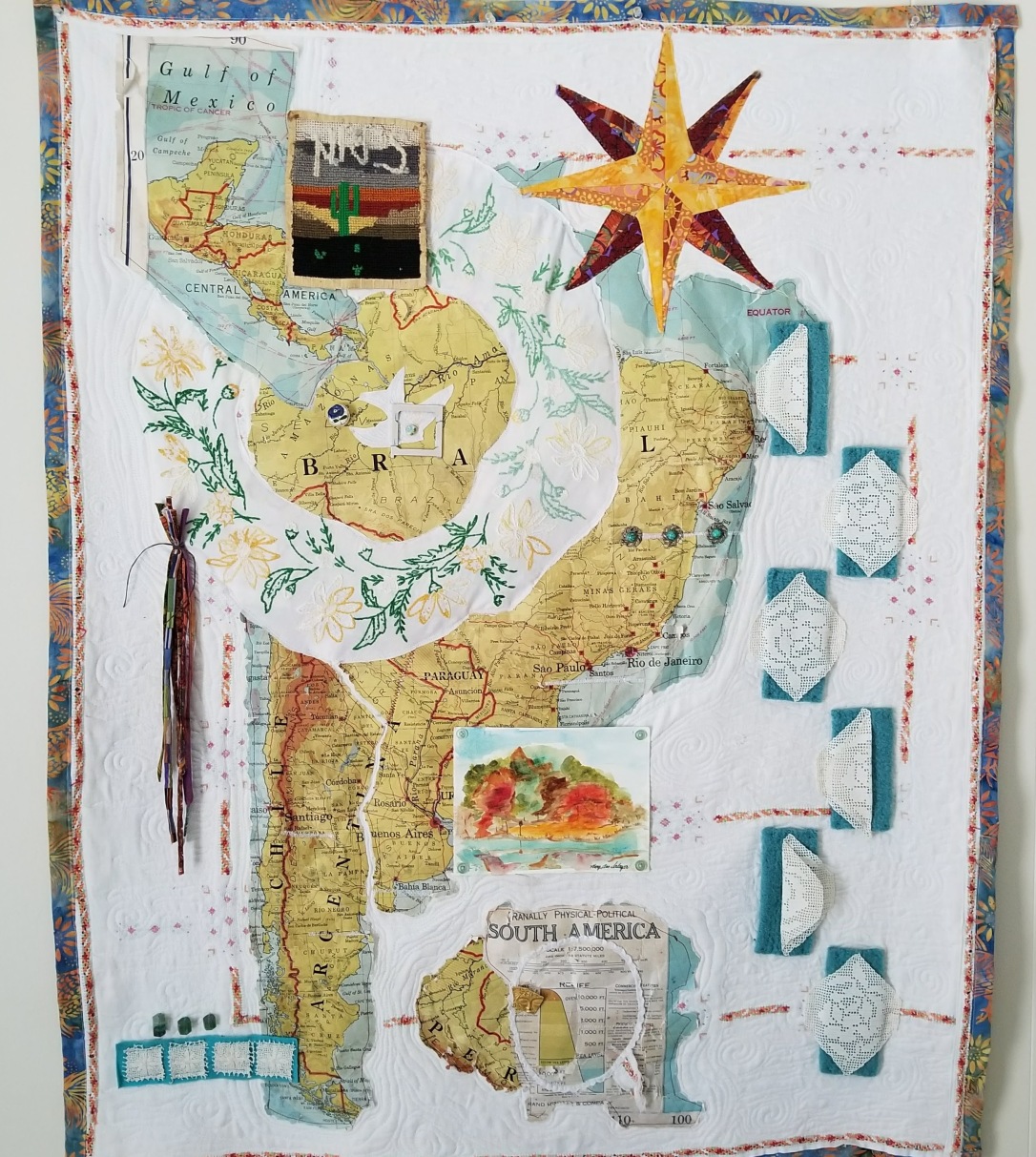 The foundation cloth for the quilt is a beautiful linen tablecloth with exquisite orange, red and yellow cross stitch. I then collaged the pieces of map with pieces of additional linens and other parts from my stash basket: crocheted medallions from an old bureau scarf, glass & ceramic beads, buttons, fiber tubes from a fabric necklace project,  blue felted wool, a water color birthday card painted by my Mom-in-law, and an aluminum frame from an old slide projector. I made the Mariners Compass star from scraps left over from a lap quilt. The piece de la resistance is the unfinished piece of needlepoint of the NRPS (New Riders of the Purple Sage) album cover made by my husband in middle school!!

The mariners compass of course denotes a sea voyage and journey to new lands. The blue felted rectangles denote the water while the crocheted medallions represent the sails of the ships ridden by our ancestors to inhabit a new country.  I was quilting this during the hurricanes in the summer which seem do be reflected in the turbulent waves and swirls of the water! For someone who gets sea sick on a ferry, the mere thought of crossing an ocean with oceanic storms makes me very grateful to those brave souls so long ago!

This hangs in our entrance hall. 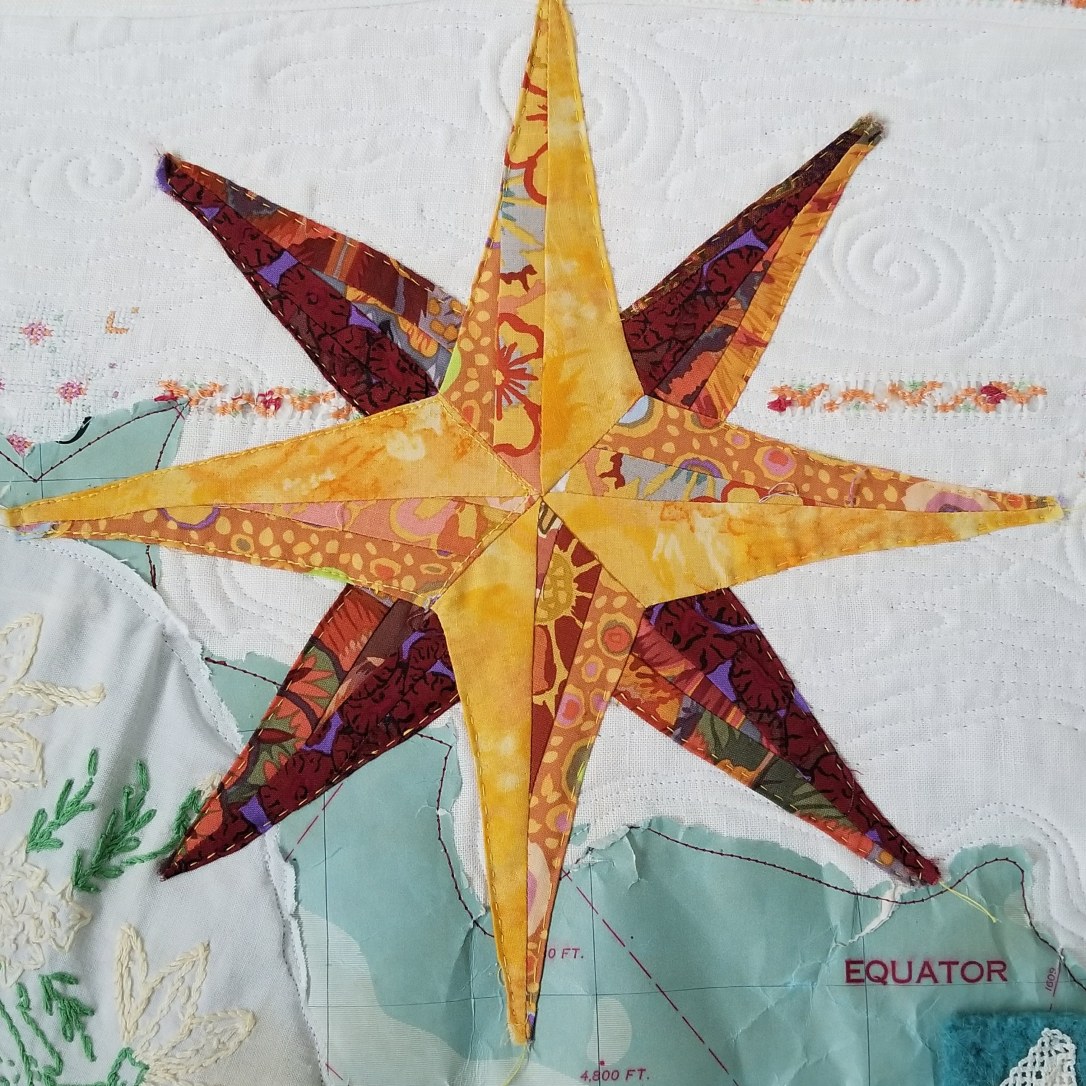 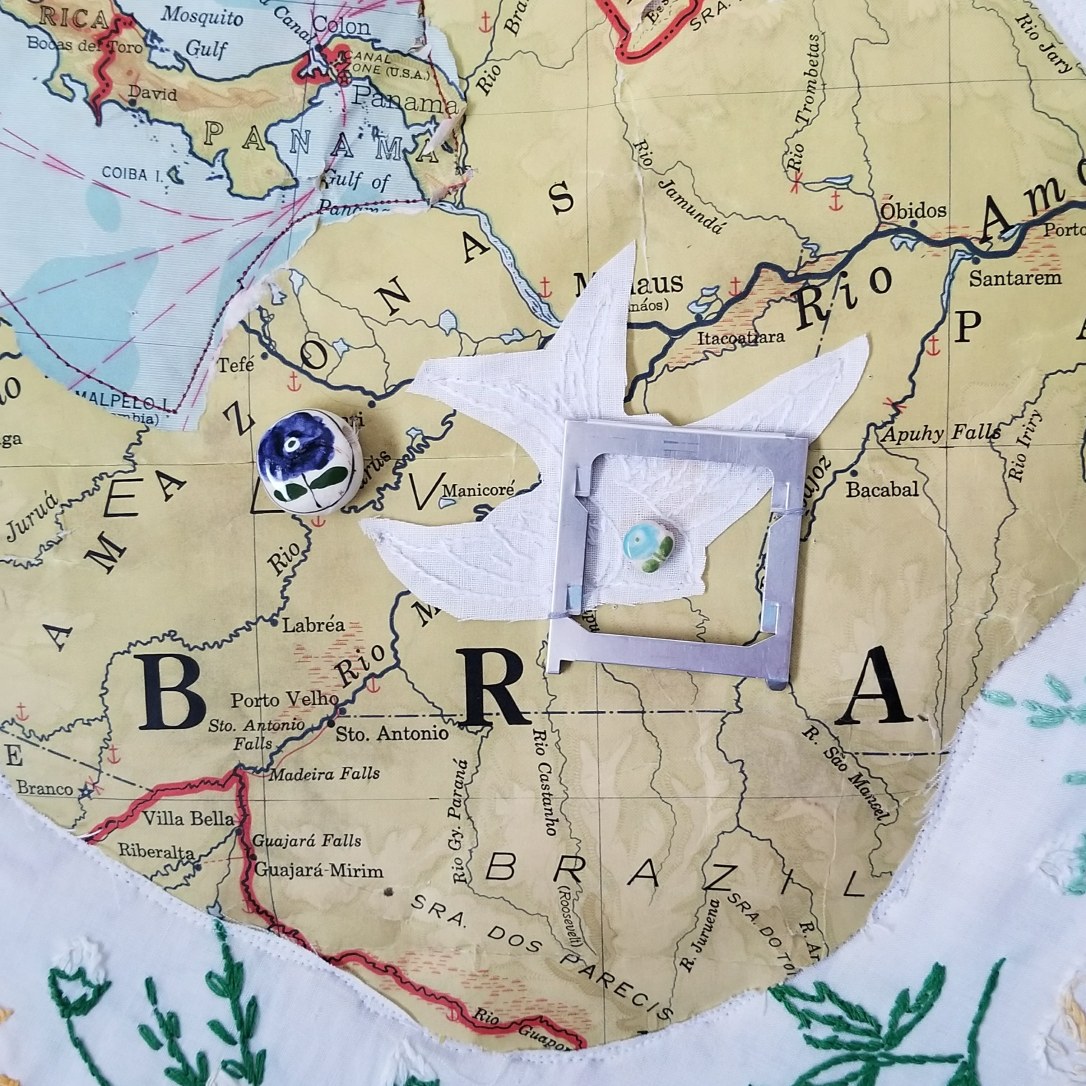 This was an old map – even though I was extremely careful in handling it, inevitably during the quilting stage it would rip so I did have to do some patching.  But for me it was okay as it added to the whole feel of what risks such journeys included. 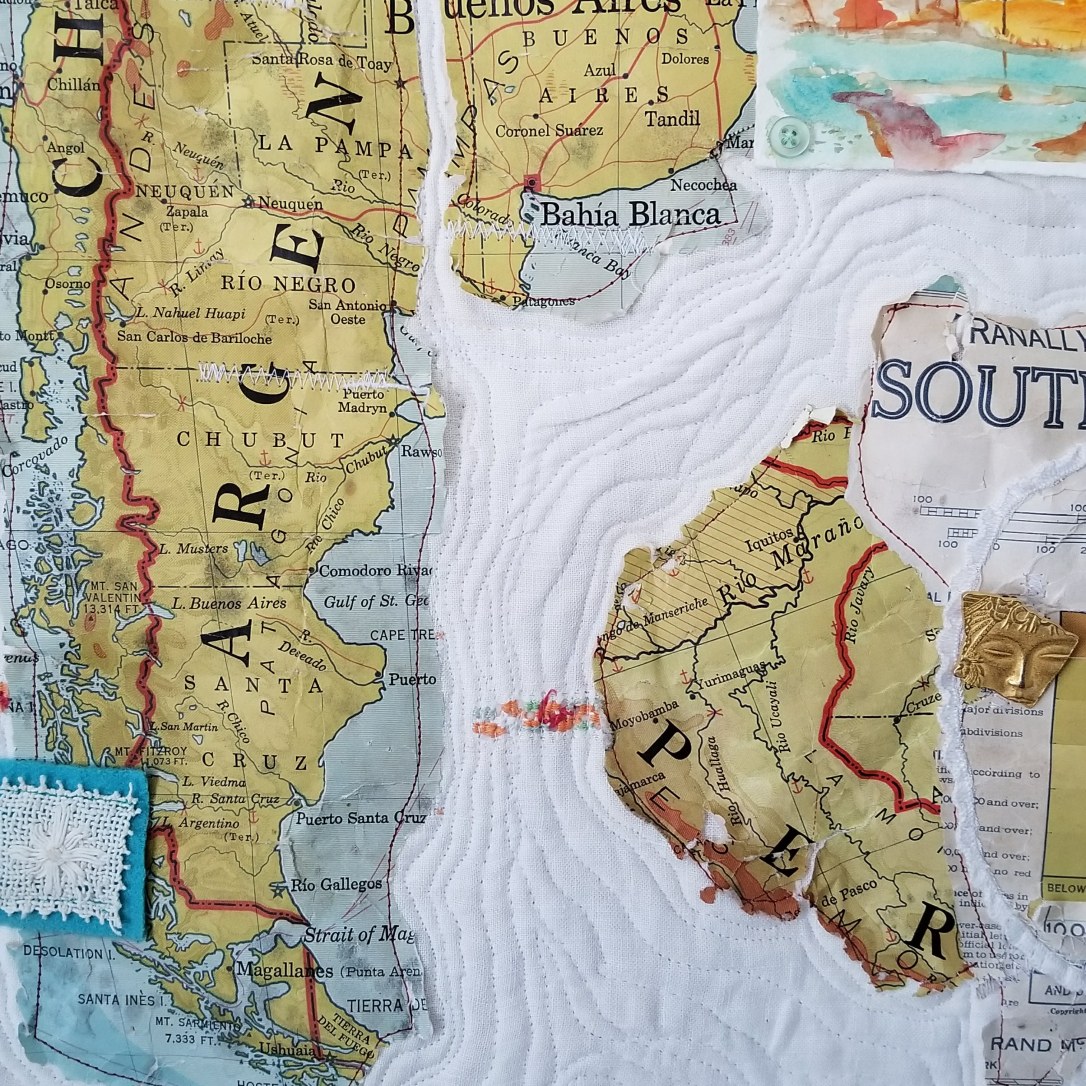 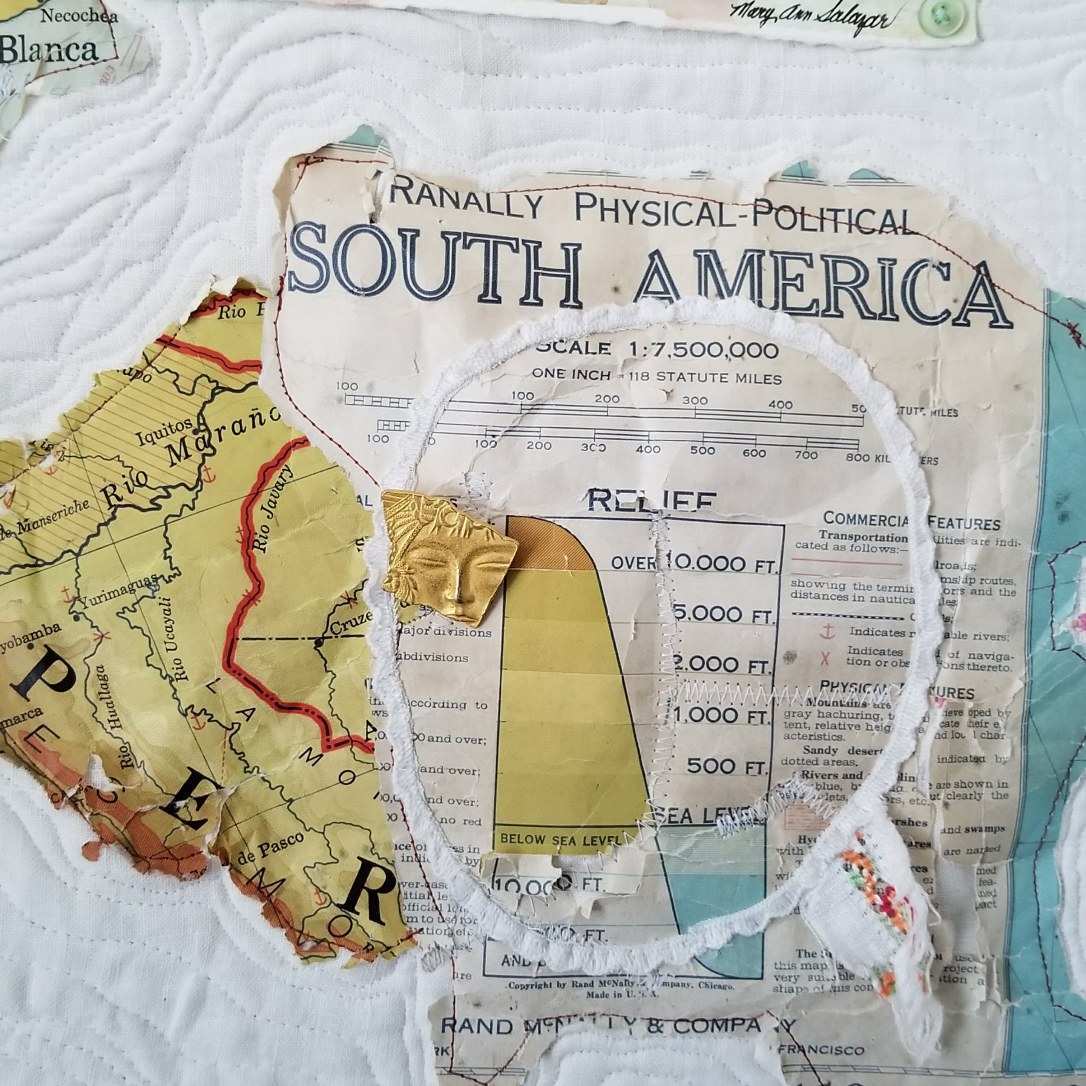 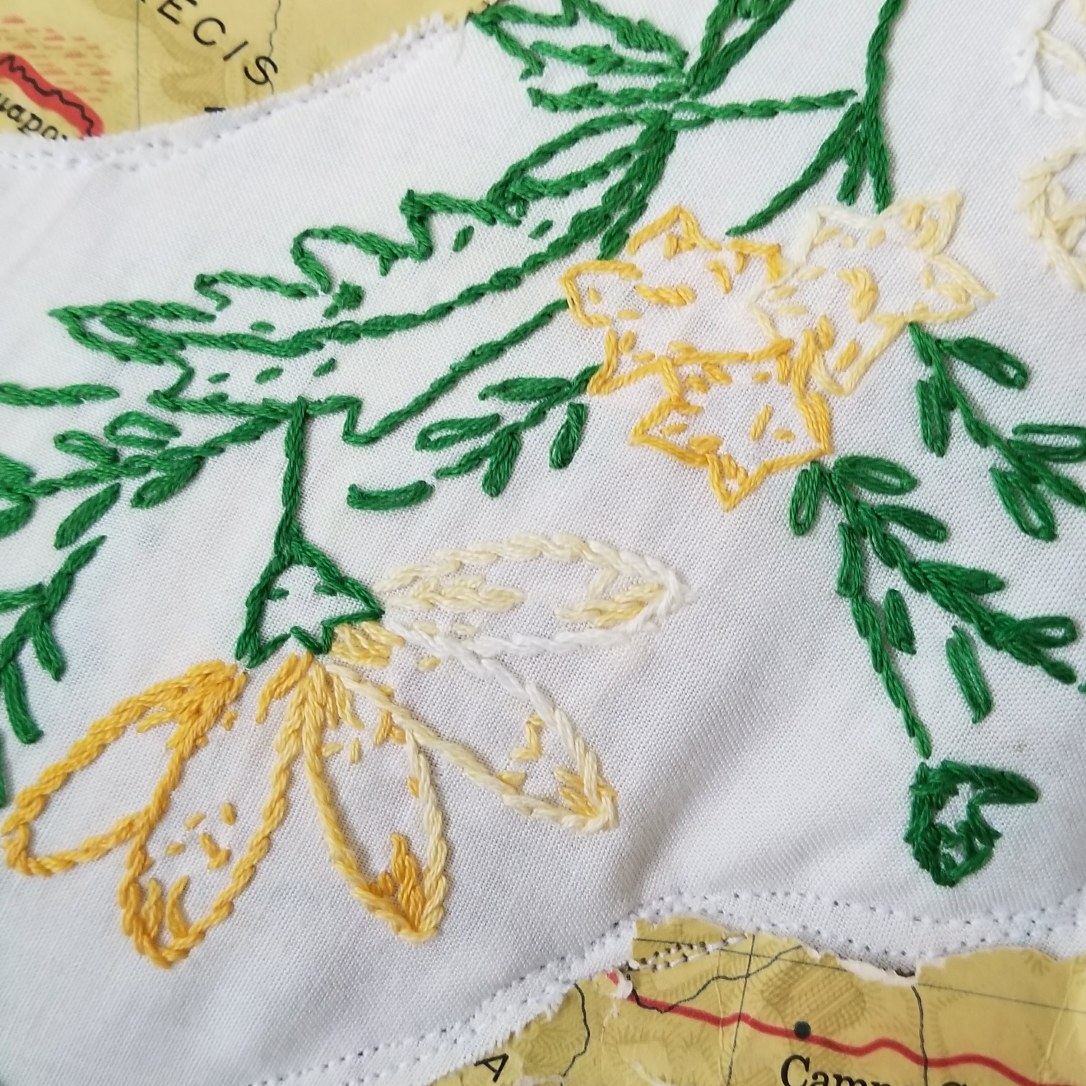 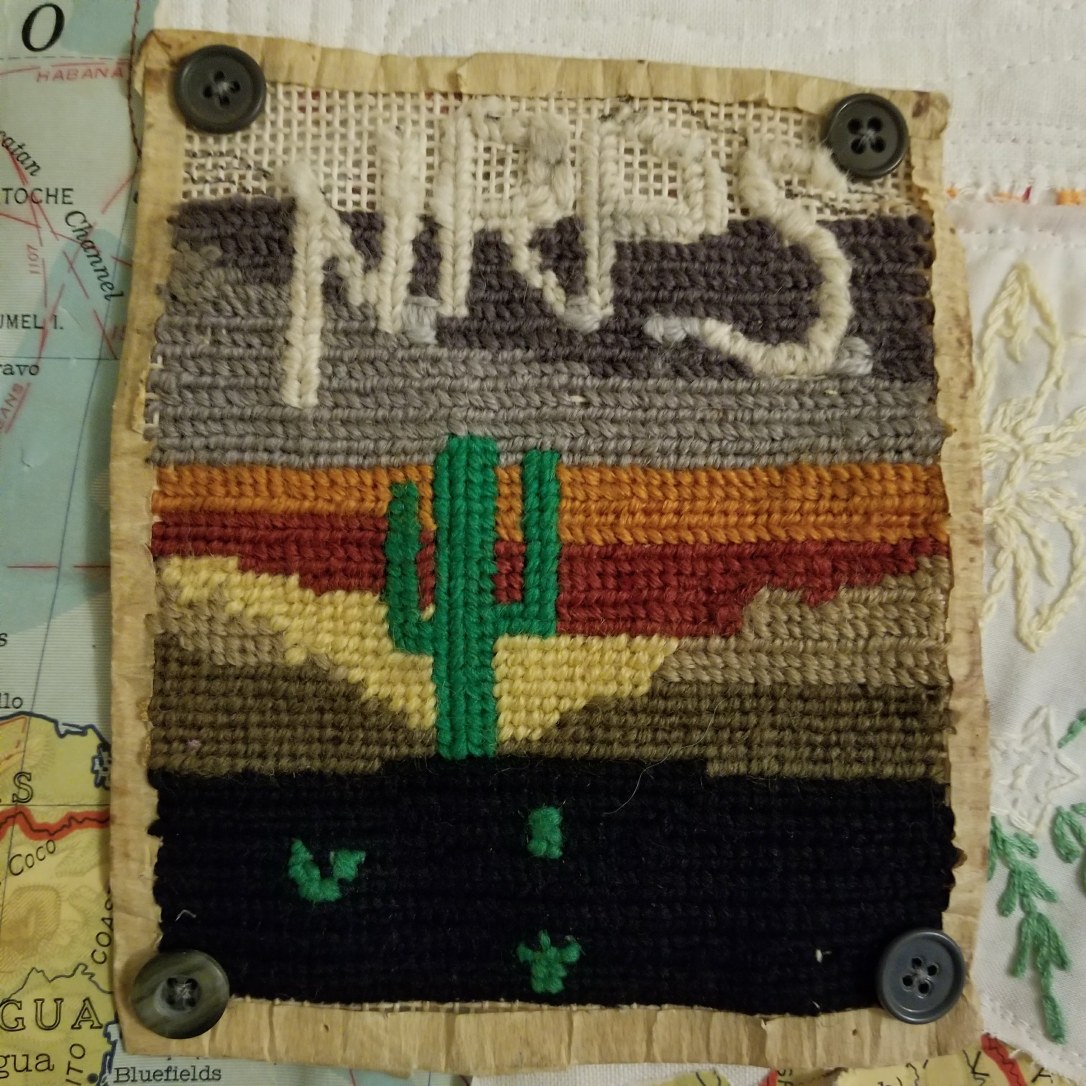 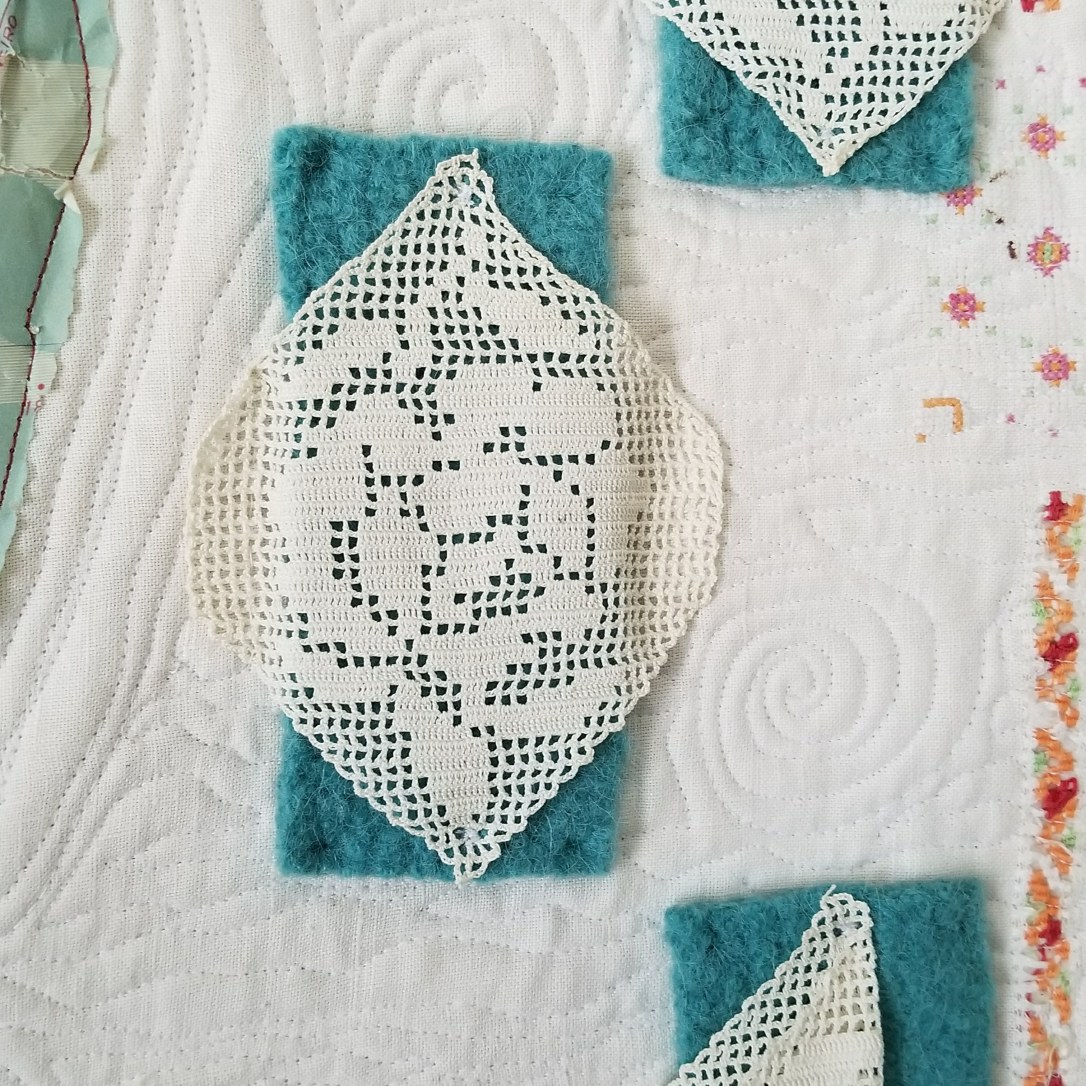